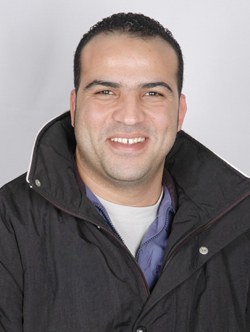 In July 2015, the Head of The Health & Wellness Centre at Bahrain Polytechnic, Mr. Ashraf Jaber revealed the 2014-2015 performance report, in which the facility has attracted 136 students and 24 staff to join the center.

The Health & Wellness Centre at Bahrain Polytechnic offers a range of Health & Sports services for the students and staff of Bahrain Polytechnic and The University of Bahrain. The facility is comprised of a Gymnasium which includes sports equipment, showers and classes. Amongst the classes offered is circular training, Tai Chi, Yoga, Weight Loss, Body Building, Toning, and Fitness. During the year, new machines have been purchased which include Decline Bench, Olympic Curl Bar, Olympic Bar, and Leg Curl.

In an aim to develop the quality of services further, a database system has been created to follow up on progress of members and the training programs. The data has been utilized to create the monthly and annual performance reports. All members have a code, which alerts the personnel in charge of the membership details, such as joining date, duration, or even the training programs enrolled in. The trainer records the member’s data such as the Body Mass Index and fitness goals.

The 2014-2015 Academic Year saw further development in terms of the services and activities offered such as training the Polytechnic team to join a number of championships and competitions nationally against university students and Sports Organizations, such as: Kingdom University 2014 Football Championship, Zain Football & Basketball Championship 2015; in addition, the staff and students have also taken part at the Bahrain RoadRunners, the annual charity run in 2014.

The Zain Championship organized by Mr. Jaber gained appraisal from the participating University teams for the efficiently planned championship, which included 2 referees in both the basketball and football championship. Mr. Jaber was keen in arranging a fully organized championships; he has arranged a physiotherapist to be present during both championships to protect the participants against any injuries happening during the matches.

The Health & Wellness Center is staffed with highly qualified and experienced trainers whom are dedicated in their fields of practice. Both male and female trainers are available to assist and train members, during classes and self-lead workouts about training behavior and health safety.

The Head of Health & Wellness Centre, Mr. Ashraf Jaber has been keen to train the University’s team for the annual running marathon, in addition to football and basketball coaching. Since joining in July 2014, Mr. Jaber worked on developing various aspects of the center.
Mr. Jaber, holder of Masters Degree in Basketball and Sports Coaching, has received internationally accredited courses in Basketball Coaching. His work experience includes working in sport clubs, schools, and universities in a national and international level.

The Medical clinic serves to treat and support both the students and staff from illnesses or injuries, which includes first aid services. The clinic includes evaluation, observational, and treatment rooms. All these services are free of charge and the patients’ information is highly confidential. This clinic is currently led by Nurse Karen Quinn.

As part of the aim to raise awareness about health matters, Ms. Quinn organized a diabetes awareness program, and a number of campaigns and lectures which include, drug use, heart health protection, and nutrition.

Speaking of the Academic aspect, Bahrain Polytechnic has introduced sports education as part of its newly introduced elective courses, fulfilling the Strategic Plan set at the Polytechnic. The course “History of Football and Sports” has followed the problem based (PBL) educational approach which the Polytechnic follows. This course has gained the interest of students, as the course covered various topics including money in football, racism, corruption and the development of women’s football. The collaboration with the curriculum advisory committee at the Polytechnic is underway to include further courses, which shall help build a local sports culture.

Mr. Jaber announced that developments are also underway to develop the student intranet and the Polytechnic website to include the latest information about the Health & Wellness Center. It shall include a section to inform the current classes on offer, which shall be active in the upcoming academic year (2015-2016). This shall include training the center’s administrator to operate this system. Cooperation with the Security Department is also underway to create ID cards for the members.

Amongst the future plans fully renovate Awal Hall (Building 16) where the Health and Wellness Centre is located, in addition to adding squash, badminton and tennis courts. Renovation will include the current football pitch. Expansion on current gym, which shall include purchasing new state of the art equipment and machines, in addition to developing a Ladies gym to offer utmost level of privacy to the members. It is also in the plans to include additional trainers to support the center, including physiotherapy and sports related injuries facility.

Mr. Jaber also plans to initiate a National Level Committee for the universities across the Kingdom of Bahrain and that is to organize sports competitions between universities regularly, in addition to offering the necessary needs and requirements.