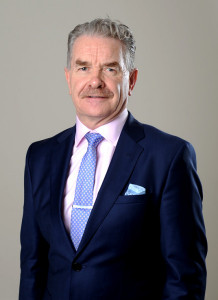 Prof. Ciarán Ó Catháin is the Chief Executive Officer at Bahrain Polytechnic. He is a graduate of Trinity College Dublin and Dublin Institute of Technology and holds a Doctorate in Management from the University of Ulster. He is a visiting professor at the Capital University of Economics and Business, Beijing. He also holds honorary professorships at both Beijing Union University and Beijing Information Science and Technology University.

Prof. Ó Catháin has spent his career in numerous leadership roles across academia, tourism, and sport at a local, national, and regional level. He was notably the former President of Athlone Institute of Technology (AIT), where he presided over the instrumental development of the institute over the past 21 years. During his tenure as President, he transformed AIT from a fledgling RTC to Ireland’s leading institute of technology which now welcomes students from 84 nations worldwide.

Additionally, he is former Chairman of the Technological Higher Education Association, former President of Athletics Irelands and former member of the executive board of the Olympic Council of Ireland. 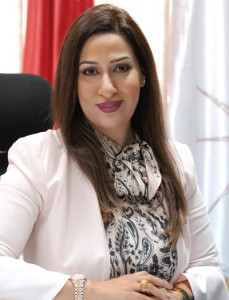 At a professional level, Dr Reem Al Buainain was the Director: Quality, Measurement & Analysis and Planning at Bahrain Polytechnic. Prior to this Dr Reem was the Chief of Academic Accreditation Standards and Licensing at the Secretariat General of the Higher Education Council.

Dr Reem is also a member of many organizations; she is a Member of the Higher National committee established by Prime minister- Academic Accreditation Committee. She was a Board member representing Bahrain in “Gulf quality and accreditation  Network”. The Board is responsible for GCC quality assurance and accreditation agency establishment. Dr Reem is an Approved Qualifications Evaluator and expert in Academic Accreditation and Higher Education Institutions international Ranking, institutional listing and courses placement. She Conducts and Participates in many assessment for higher educational institutions.