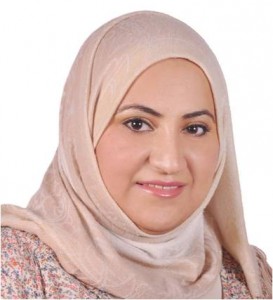 Bahrain Polytechnic’s Registry Directorate announced that the registration period for adding and dropping courses has ended for the second semester of the Academic Year 2015-16, which initially began on 21st February 2016.

Ms. Huda Alhalwachi, Manager of Enrolments, Progression & Results, confirmed that the process went smoothly for students, including the new students who were able to register online for the first time.

Ms. Alhalwachi gave her thanks to the Faculty of Humanities, especially Maitham Almuharraqi and Deborah Brownlie, for their cooperation with the Registry team in organizing workshops for the new students in order to provide them with academic guidance.

On the other hand, Ms. Alhalwachi indicated that the Polytechnic has conducted many school visits, private and public, as well as inviting schools to the campus at Isa Town, where the high school students were given a brief on the Polytechnic’s programmes, nature of study and campus life. They were also briefed on how to apply at the Polytechnic, where the expected date to open the doors for registration for the next academic year 2016-17 will begin by the end of next April.

She added that students wishing to apply to the Polytechnic for the next academic year can visit www.polytechnic.bh to see all the important dates of admission and registration, as well as its list of programmes and events.

The website also shows the Polytechnic’s strategic plan 2015-19 and how it’s linked with the government action plan 2015-18 and Bahrain 2030 Vision; where it emphasizes the need for graduates to posses the necessary skills and capabilities that qualify them to join the labor market immediately after graduation.